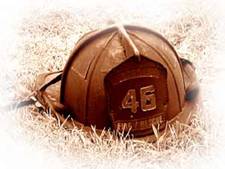 August 30, 1895 marks the date of the largest fire in the history of Libertyville, as the entire east side of the town burned. This tragic fire resulted in the purchase of the Village's first fire apparatus and marked the start of the first volunteer fire department. The Libertyville Volunteer Fire Department grew as the years progressed, purchasing needed equipment and adding additional personnel.

It was not until 1969 when the Village of Libertyville hired its first full-time Fire Chief that the face of the Libertyville Fire Department changed. The Fire Department hired its first full-time firefighters in 1970. With the hiring of full-time firefighters, the fire department expanded its services. A Fire Prevention Bureau was established, paramedic services were started and new equipment was purchased.